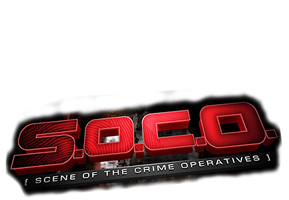 This video contains mature scenes, language and theme that are not suitable for young viewers aged 17 years and below.

"SOCO" examines the disappearance of a seven-year-old girl in Brgy. Bonbon, Oriental Mindoro. Pastor Herminio Batoy recalls how he met Renato Delos Santos at the Mansalay detention cell. Batoy also shares how he and the people of Brgy. Bonbon welcomed Delos Santos in their village after his release from jail. ""Amordelyn"" recounts when her daughter ""Garelyn"" went missing after supposedly harvesting some guava with Delos Santos, and the actions they carried out in search of her. Mansalay PNP's P/Lt. Ismael Historillo, the former investigator of the case, reveals that Delos Santos has a condition called sexual deviation as he presents the latter's criminal history, and shares how the authorities found the body of the victim. The program then presents the criminal case filed against Delos Santos, who was sentenced to life imprisonment last January 2019. (This episode originally aired on July 13, 2019.)
SHARE

If you still don't have a Kapamilya Name yet, enter your email address to access your TFC Online account. Once signed in, you can create your very own Kapamilya Name.